January 01, 2019
Welcome to 2019. And first thing we do is is look back at 2018 - more specifically what games I have played. Compared to the last couple of years ( 2017 games and 2016 games ) the total number played is much reduced at 68. Nine games were completed this year, plus all the story dlc for Destiny 2 and two of three story dlc for Ghost Recon Wildlands. 16 games played were already completed in earlier years and there was only 3 beta/alpha's played this year. It's noteworthy by this point that the games I choose to play are very often games that don't have a traditional 'end point' - Destiny 2, Neverwinter, Skyforge, Brawlhalla, Warframe, The Division, Battlefield 1 , or else are games that are requests from daughters ( Minecraft , all the Lego games) And having not run the First Time Play video's for the last year, there haven't been as many one-off games. In fact, Destiny 2 was the biggest time sink of the year - well over 200 hours, which i
Post a comment
Read more

January 01, 2019
Okay so this one is a little late ... I've neglected this blog throughout 2018 but here is at last the list for games played through 2017. It follows on from the 2016 list (at this link ) and leads into the 2018 list (posted here). This years gaming total is higher at 150 total games played. There were only 12 completions but another 19 games that have at least story completion. There were nine demo's - again which I'm couting as separate to full games as progress in the demo isn't transferred to the main game. Rare replay has 30 games of which I tried each one once, and Tales From the Borderland I've separated out into five games (of which three episodes I played in 2017) and these I think contribute to a massive increase from 2016, alongside the 26 games for the Cancer Research marathon. There is a marked increase in Android games, as I look for an offline game that will tide me over (and not really finding one) and I'm using the Xbox much more th
Post a comment
Read more

October 17, 2017
So below is the shortlist of titles for the alphabet gaming marathon I've scheduled for Sunday 22nd October 2017.  tinyurl.com/y9u8ho4j   Whilst my aim was to have one big title, one indie and one other, it's been largely influenced by what I have available to me, and by how well it would be portrayed, seeing as I'm no expert for any of these games. And, in some cases, it's limited by the starting letter (and I was fairly ruthless in using the official title - a lot more 'The' titles than i was expecting) My twitter feed  https://twitter.com/ReprobateGamer  has live polls for the next few days with all of those listed, along with an option to add your own. Do feel free to comment below if there is something you particularly would like to see - not much time left! Still struggling on Y as well ... Assassins Creed 4 / abyss odyessey  / asura's wrath Batman Knight / Blur / badlands Call of Jaurez: Gunslinger / Crysis 3 / chariot /  Desti
Post a comment
Read more

October 12, 2017
When I saw the post from Cancer Research UK, calling for a games marathon, it didn't then sink in just how much this would require. My thoughts at the time of writing are actually quite long. For those who are looking for the page to donate, this is the link:   https://fundraise.cancerresearchuk.org/page/toms-giving-page-34 I pondered it vaguely for a couple of days not really wanting to go down the route of seeing just how long I could sit in a game for, wanting to do something for this that felt like it was a little more meaningful than just an extra long gaming session. After all, I wasn't getting ready to run an actual marathon. The idea just kind of popped in there I guess. If I wanted to avoid a single game, then that necessitated multiple games. How does one go about picking? I think the 26 miles of a marathon race must have crept into my brain somewhere. When the conscious thought of picking an alphabet of games, the 26 letters clicked. I still had then to
Post a comment
Read more

Sony is losing the online subscription battle - how many paying customers is this costing them? 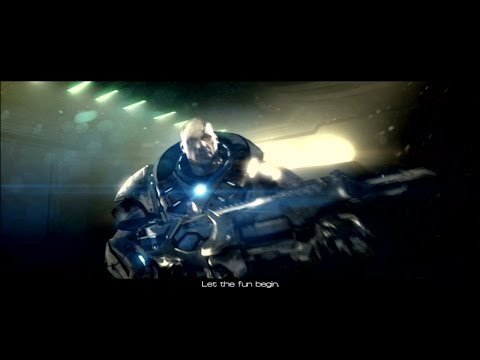 I put up a video on the PS3 game Alien Rage : and made some throwaway comment about a search for what Sony thinks of PS+ What was about to follow was a lambasting of the PS+ service for PS3 owners - largely written in fact - but I started actually looking into it. Whilst Live Gold offers more value to me, I do owe both an Xbox 360 and an Xbox One, the later which I use for online gaming. So a lot of that I need to actually forget as without a PS4 I'm already missing out on a good chunk of available features. PS+ is 3 years or so older than the Games with Gold program and they were originally different beasts - PS+ was a follow-up to Sony's apology for the hacking issues when they offered Burnout: Paradise and a choice of 1 from 5 other games as an offering for the lack of service and lack of support at that point. It worked very well and Sony decided to offer a few games per month for an annual subscription. Multiplayer was still available for free on PS3. Meanwhile
Post a comment
Read more

January 02, 2017
Based on a feature on Kotaku from last year, I've started tracking which games I play over a year. The full list is below but in total I've played 93 different games in 2016. Looking at the breakdown of games, I only completed the story mode on 9 games (10 if you count Destiny's vanilla campaign) but played 12 games that had already been completed in 2015 (or earlier). There were 9 beta's and tests (including one that I'm under an NDA for) and 8 trials and free weekends. This raises a slight question as to whether a beta counts as separate to the main game if the progress doesn't save across - I've taken it as not as it is the same game after all My Xbox Live and PS+ subscriptions do seem to be playing for themselves as those two schemes accounted for 40 of my 2016 games, and there are a number more that could be played. The remainder have all been paid for, other than Overcooked which was a gift from a Guardian Event (so thanks!) but this year I&
Post a comment
Read more 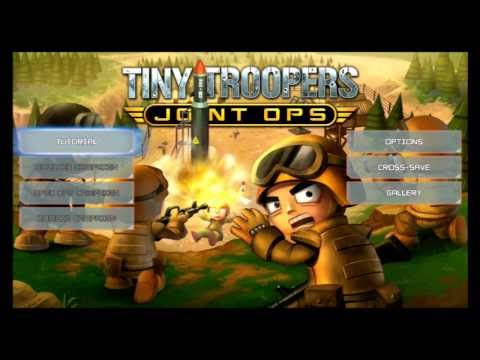 The first of two new videos on the Youtube channel: Tiny Troopers is a top down twin stick shooter - anyone who has played the Call of Duty Dead Ops games will grasp the controls - with the schtick being that you can have several soldiers under control at once. It's very reminiscent of the classic 16-bit game Cannon Fodder and has the same issue of not being able to control individual troopers but is more light-hearted and makes for a fairly enjoyable game, with 3 separate campaigns available. The other free PS3 game of the month - Hyper Void - is also harking back to a classic game; in this case Tempest . Like in that game, enemies come towards you and your ship is restricted to only being able to move in one plane. It gives 3 difference types of laser weapon but there doesn't seem to any particular reason to choice a particular type of laser on enemies, other than your personal choice. There are 30 or so levels according to the Trophy descriptions - I felt no
Post a comment
Read more
More posts